Make your readers will fall in love with what you have to say. Ghostwritten content and private-label rights articles crafted for you by thinkit creative are throughly researched and fine-tuned to match your voice with the expectations of your readers.

Count on us to connect your ideas with words that inspire

By outsourcing article writing to us, you win over more readers and you regain more time to focus on other parts of your business.

From social media content to articles in trade publications, from newspaper op-eds to product case studies, count on thinkit creative to connect your ideas with words that inspire. 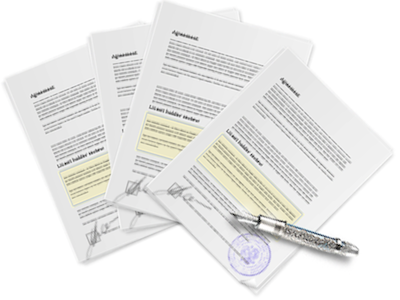 What our clients say
As a busy entrepreneur who is frequently asked to write articles, blog posts and develop compelling content for clients, I’m pleased to call on the services of Patrick Gant at thinkit creative. He’s a true professional and worth every penny!
—Kris Wittenberg, President, SayNoMore! Promotions
Work with us

Here are extracts from feature articles we’ve prepared for our clients:

The amazing power of testimonials

…let’s talk about why testimonials are so effective. Consider the story of legendary businessman W. Clement Stone. He built what would one day become a multi-billion dollar empire by selling fire-insurance policies door-to-door during the Great Depression.

There’s no denying that Clem’s knack for people skills was big part of his success. But he also had a little something extra—a binder overflowing with testimonials from his customers. According to legend, that binder never left his side when he was knocking on all those doors. There was a good reason for that. It was chock full of stories—and not just happy accounts from people who were satisfied. It also told painful stories about how people had lost houses, husbands and wives to misfortune…and how relieved they were that, thanks to Clem, they had signed on the dotted line long ago, and now were covered. Frankly, after reading stories out of that binder, it’s hard to imagine how anyone could ever say no to him!

That’s the amazing power of testimonials. They work because they reaffirm for others what you already know is true…

On the money trail

Information is the life-blood of Canada’s criminal justice system. From police to corrections, from the courts to parole, everyone who has a role to play in this system relies on having reliable facts and data to help them make decisions every day in the line of duty. Law enforcement is no exception.

As a police officer, think of the frustration of knowing that a crime could be on the verge of taking place, but that you can’t move on the case because your evidence falls short of being able to establish convincing proof. Imagine how different things would be if you had those missing details, a way to confirm your suspicions, and give you what you need so that you could make the arrests.

With the establishment of FINTRAC (the Financial Transactions and Reports Analysis Centre of Canada) as an independent federal agency, measures are now at Canada’s disposal to collect and analyze information that can help law-enforcement officials investigate and prosecute money-laundering offenders…*

Feet–first into the deep end: a staff profile

Where does it come from — the spark or the inspiration that ignites creativity — the kind that can possess a designer to burn the midnight oil, obsessively sketching out an idea that just won’t let go of the imagination? And what drives creativity? Is it a collision of influences that happen by chance…or is it something far more mysterious? There are no easy answers to these questions, but they are the kinds of issues that preoccupy the busy, busy minds at Veer. That’s why, through our Summer Student Program, we’re reaching out to the student community — to share our passion for design and to rub shoulders with the next generation of designers.

With the Student Program, there’s plenty that we love to talk about (more about that later), but the feature that’s been the most fun for us so far is our student internship initiative launched earlier this year. We handpicked a student in the final year of studies and tossed him into the creative pool at Veer…not in the shallow end, but at the other end where the waters and opportunities are deep…*

Staying on the case made easier, thanks to Daylite

A lawyer’s livelihood depends on managing time and casework efficiently — and as California-based attorney David Pearson will attest, staying on top of multiple calendars, tasks, court dates, case files and clients is a whole lot easier to do when you have the right tools at your disposal.

Thanks to Daylite, Marketcircle’s popular business-relationship manager, Pearson’s busy law practice is always agile and quick on its feet. Cases and client issues are managed with ease while the application looks after all the heavy lifting when it comes to dealing with repetitive or frequently occurring tasks. “This handy little application is all about making my life easier,” says Pearson. “It integrates perfectly into my day-to-day workflow” …*

Human-interest story about the Canadian Forces

Navy divers: a league of their own, leagues under the sea

It’s 7:00h in early March at a dive site approximately 100 km off the coast of Newfoundland. A team of Navy divers prepare for the first dive of the day into the icy waters of the North Atlantic. The team’s mission is to locate a sunken ship on the ocean floor and retrieve a large stash of cocaine hidden in its cargo area. It’s suspected that the ship’s crew were attempting to smuggle this stash into Canada, but had to abandon the ship when it struck an iceberg, took on water, and sank quickly. The diving crew begin their dive. They are hoping to find the ship’s hull intact, as this would help speed-up the retrieval operation. But there’s a surprise waiting for them…*

Public education article for the Ministry of Public Safety

A gun battle engaged on a busy city street. A car bomb explodes and kills an innocent 11 year-old boy. A journalist shot down in response to his widely published exposés. Two prison guards murdered in their vehicle by a gunman. These accounts of lawlessness didn’t take place in a distant corner of the world: each occurred in Canada as a result of illegal activities engaged by outlaw motorcycle gangs.

Considered among the most powerful, violent and organized criminal groups in Canada, biker gangs have a presence in every province. To date, there are over thirty such gangs in operation in this country. Members of outlaw motorcycle gangs are notorious for their illegal activities, but also for their ruthlessness and patent disregard for innocent bystanders who sometimes are caught in the crossfire of gang disputes and turf wars. Since 1994, biker wars in Quebec alone have resulted in over 100 deaths (including a young bystander who was killed by an exploding car bomb), 84 bombings, 130 reported cases of arson and nine missing persons…*

Respect. Freedom. Belonging. These are values that go to the heart of being Canadian. Not only are these values cherished by all citizens, they are values that make Canada a very attractive place to live for people who come here from the four corners of the globe.

For many people who immigrate to this country, Canada is the north star of hope in their lives, a bright beacon in the night that holds the promise of a new life and a new beginning. By continuing to open our doors and our hearts to newcomers, we tell the world that we are committed to being flexible, open and willing to accept one another…*